Renown Carousel Carbon Shift Knob is named after one of the most famous and iconic banked corners at the Nurburgring. Inspiration: As you enter and exit the Carousel, you SHIFT!

History: It was named after the famous racing driver Rudolf Caracciola (1901-1959) Rudolf Caracciola, who reportedly made the corner his own by hooking the inside tires into a drainage ditch to help his car "hug" the curve (a move also dramatically featured in Initial D by Takumi). As more concrete was uncovered and more competitors copied him, the trend took hold. At a later reconstruction, the corner was remade with real concrete banking, as it remains to this day.

Mounted with 3 allen set screws - loctite blue recommended.
Recommended in use with short shift lever for best appearance because your shift boot will fit over the bottom of the shift knob. 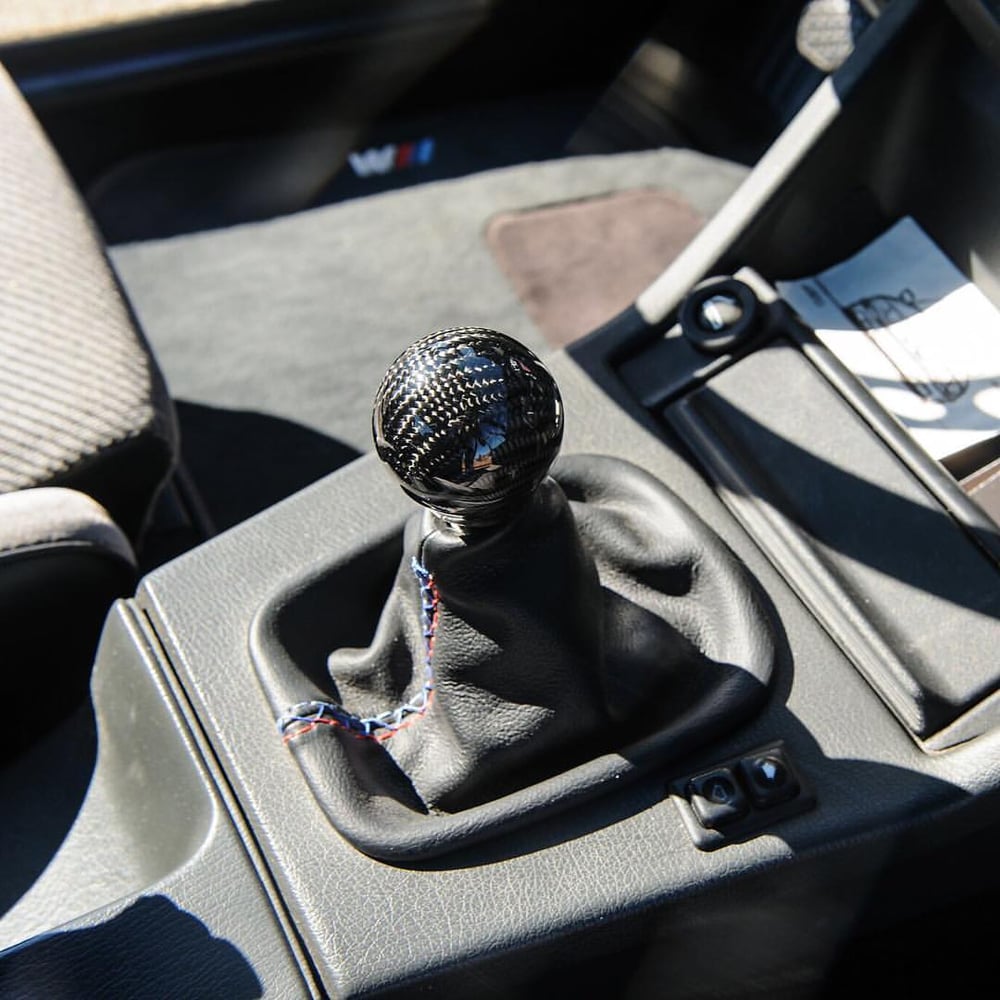